Pakistan is a piracy heavy country, is that so bad?

Disclaimer: This article, in no way, shape, or form condones, recommends, or promotes piracy. It simply discusses the rationale behind piracy in Pakistan.

If you have purchased media in Pakistan in the past 30 years or so, there is a very good chance of you having endorsed piracy. This extends to audio, video, games, software, books, et al.

What Exactly is Software Piracy?

Piracy is originally the act of attacking and robbing ships at sea. This unlawful conduct has classically been met with stern protest. Namely in the shape of public execution and in recent history a follow-up violation of a pirate’s freshly minted corpse is traditional. Think of it as maritime terrorism.

How this compares to illegally copying media is a question best reserved for whomever coined the term. The nature of multimedia piracy is that one party creates illegal copies of legally obtained content and distributes it for profit to someone who would have bought the original just as willingly. This is called displacing paid consumption. Companies don’t like that.

Exactly how much profit is lost to piracy has not been studied extensively. Each industry has their own estimates, none corroborated. It is widely accepted that this number approximately circles the $200 million/year mark. You can read more about a peer reviewed study on the financials of piracy here.

In Pakistan, there are two rationales for piracy. One is limited access to content e.g. Netflix’s region locked shows, or people who need but can’t afford expensive tools (like students learning Photoshop, or the visually impaired using assistance utilities). Both are equally illegal, but the latter does not displace paid consumption – as these people are unlikely to afford these tools very high premiums -the former, however, does.  To be clear, this is not a grand debate about piracy itself. This article is about piracy in Pakistan specifically.

Let’s start with TV. Some of the more popular shows are available via accessible Cable TV Channels. For people who do not have access to said channels resort to purchasing DVDs or downloading torrents. Many of which, unbeknownst to buyers, are pirated. The media we purchase from the local markets is born from some form of piracy. Some outlets have higher quality pirated content that mimics the original down to the last detail, with box sets etc. while, cheaper shops resort to a more economical form of piracy.

Short version: If you watch Game of Thrones on DVD and the video has a hovering HBO logo in the corner somewhere, it is most likely ripped from a site and distributed illegally.

Unfortunately, only a handful of stores around the country sell original content and even fewer do it exclusively. Especially when there is no consequence to pirating content en masse.

In Pakistan, there is an entire network of digital piracy that runs quite deep. It would have to be deep in order to operate as successfully as they do. We might have scoffed at the prospect had we not personally seen it in action.

A Visit To The House of Piracy

Our experience took place opposite the famous City Saddar Road in Rawalpindi, to one Imperial Market. This market is full of resellers who deal in pirated media at reduced rates. The drive to that area is rather convoluted and requires one to set aside a full day to go about. Across the road from that location, are a series of shops selling plastic goods and toys. Inside that market, after a brief stroll through sequence of tightly squeezed backstreets, you reach this unassuming shop selling small electronics and writable media (DVDs, CDs, USBs, etc.). It’s not exactly covert, but it would be unlikely that you’d stumble across this place by happenstance.

At this shop one would place an order, and a gentleman would disappear up a flimsy staircase in the corner. He would shortly return with whatever you asked for. They then charged you a very reasonable price (in the vicinity of PKR. 50/DVD) and you’d be on your merry way. If you just wanted to browse their wares, the same man would escort you up the aforementioned stairs – this takes trust building and time, first-timers weren’t as welcome. Cameras were definitely not allowed.

Here, through a tiny opening barely able to fit a medium-sized human you would come across a warehouse that could put Amazon to shame. Apparently the entire plaza’s higher floors were owned by these people and served as a warehouse for DVDs. They had everything from the obscure, to the ancient, to the latest.  It was very well organized. There was a whole floor for movies, one floor for TV shows and one for music and everything was sorted by release date. In it, you found two types of content, media that was indistinguishable from the original down to the last detail (printed DVDs and boxes etc. @ ~ PKR. 50/DVD) or the kind that was clearly downloaded from the internet, hastily burned to a disc and sent off for a quick sale with whatever graphics they found off the internet (these were more in the range of PKR. 30/DVD).

That place burned down some time later, but the supply never stopped. It is likely that they, or someone like them, still operates just as covertly out of some other unassuming location. It wasn’t until Blu-Ray discs came along that piracy started to go downhill. However, with so many people still relying on DVDs as their media of choice, the industry still flourishes. Blu-Ray discs were expensive to mass produce.

However, as digital pirates have proven time and again, no platform is impregnable. Everything, in due time, is cracked wide open.

It is quite difficult to block piracy at the source because the pirates themselves are operating in complete anonymity. Companies do the next best thing by blocking consumption at the outlets. They know they can never fully control piracy, so they settle for reducing it to acceptable levels.

Numerous torrent services like KAT, Torrentz and Isohunt have been taken offline through legal notices and some furious bouts of litigations. This is based on legislation (if you remember SOPA/PIPA/ACTA) that enable companies to pursue legal action against websites on suspicion of piracy, regardless of geographical location and local laws.

Many domains were permanently banned, some of which rebranded and resurfaced. This put a tiny ding in piracy for a while. But the content was still available to shops in Pakistan, implying the network here had access to alternative methods.

The gaming industry, however, had a little more success in battling piracy.

The original method for preventing video game piracy was that if you bought a game legally (DVD or online), it would come with a unique identifying signature. It would install that and another signature on your computer. Running a game would require verification of both signatures.

So if you had installed using pirated media, you wouldn’t get one part of that signature and it refused to run. Like two keys to the same lock, one with you and the other with your roommate and the door wouldn’t open if one was missing.

Back then, pirates started circulating each of their illegal copies with a “crack”. What that crack would do is tell the game that the signatures are verified, even if they weren’t. Sticking to our key analogy, it’s like ignoring the locks and kicking the door in.

Along came a new form of protection called Denuvo Anti-Temper, this protection encrypts the entire process several times over. This baffled pirates because the signature kept changing faster than pirates’ ability to crack it. This solution put a halt to pirated games in the middle of 2015. Some pirates were able to make certain games work, but there were numerous limitations. Those limitations have mostly been overcome now.

Why Pakistanis resort to Piracy

To have access to the full spectrum of available entertainment, you would have to pay upwards of $100/month, every major media company is coming out with their own streaming service. HBO, Disney, DC, Apple on top of Netflix and Amazon Prime. This is the same as cable subscription. However, with cable subscription, users just get additional channels, while with more streaming subscriptions, you have to access a new site each time.

Each platform has a handful of shows that appeal to mass audiences. This gives some people rationale to simply download the item directly without the hassle of going through numerous services. The rationale behind this speculative, at best.

With the advent of PTCL’s connection with Netflix as well as iflix, at least the average Pakistani can access those platforms. However, content that relies on credit/debit cards for activation like everything else, will be beyond the average Pakistani’s reach as over 100 million Pakistanis don’t even have a bank account, much less an online enabled card. So their solution for everything beyond their access, is piracy.

The Upside of Piracy

No disambiguation, there is an actual upside to piracy (again, that’s not a recommendation). Research has shown that pirates tend to be the biggest buyers of legal content.

Notable author of The Alchemist, Paulo Coehlo had this to say:

Some call this “piracy”. I call it a medal to any writer who understands that there are no better reward than to be read pic.twitter.com/GRCc76QtFl

He further argues, in an article titled SOPA, where he also encourages people to pirate anything he’s ever written.

The more people ‘pirate’ a book, the better. If they like the beginning, they’ll buy the whole book the next day, because there’s nothing more tiring than reading long screeds of text on a computer screen.

Piracy is a double-edged sword in Pakistan. Even though piracy is most famous for free entertainment, which, our society could function without. However, piracy also brings access to tools for the visually impaired (like JAWS and Talks), as well as software that can help carve entire careers, like Photoshop, 3D Software, Office Suites (which are legally free for students, just FYI), certain books, programming tools, etc. all of which have enabled Pakistan to compete on freelancing platforms around the world. Which, according to Payoneer, is a decent market.

Though one hopes, that even if a career was started with piracy, the users eventually made enough to make amends and pay for their tool.

If people were still paying over $2000 for access to Photoshop, we’d have far fewer people working in graphics and forging entire careers out of it. If $900 keeps the visually impaired from accessing screen reading software like JAWS there would be fewer people with access in the country. As much as it hurts the companies that make it, sometimes it helps certain groups of people. Ideally our government should subsidise utility software such as JAWS and have special rates for students and they should help enable access to original content; but until that day, we’ll at least be pop-culture literate. 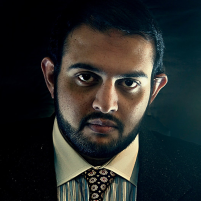